Brooks Ravenna 10 Review 2023 – One of The Best Stability Shoes

The Brooks has been on falls into that lightweight option for those who want to have more guidance and stability in their shoes when you are adding on the extra miles without having to carry a lot of extra shoes. This is a tip addition of the shoe and somehow we never reviewed any of them so well we got to give the people what they want. This is our review of the Brooks Ravenna 10 running shoe. 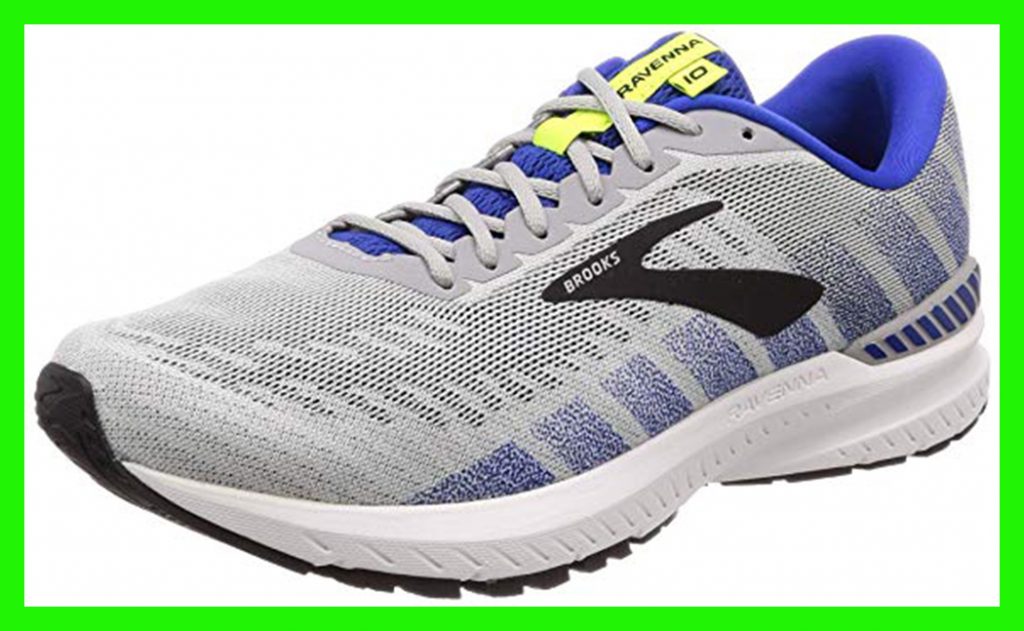 Visually the shoe seems pretty bare-bones well for a stability shoe which is a nice change. The Brooks Ravenna 10 is quite similar to its launch 6 shoe model. The way that should fit is almost the same as this shoe and the similarities of that shoe continue throughout the midsole of the shoe.

To the upper, it has an engineered mesh that we find in most shoes to contain the foot in a very well position. The mesh design is secure enough to not need a bunch of overlays and the shoe itself felt great on foot.

It was breathable, the fit was snug throughout the midfoot, and it has about an average-size toe box. We were able to fit in our normal shoe size with no problem.

It features a DNA midsole that for us is the definition of balance. It is cushioned throughout the midfoot but still firm enough to gain some speed through your stride.

Not much to complain about but with that said that leaves not much to be impressed about either it feels like a bouncy ride, this is really not. If you like a plush ride, we would not say that’s either.

It is a safe bet if you want a shoe that can do most things short distance, long-distance, tempos, etc. It is kind of like vanilla ice cream that no one will complain about the flavor but there might be one who would be overly impressed by it.

This is a good all-around standard feel shoe. We did find it to be a bit stiffer in the hill but one of our colleagues finds it to feel a bit softer when comparing this shoe to their previous Ravenna 9.

The main story of this shoe is the addition of guide rails no longer is there a stiff medial posting under your arch. The idea is that the guide rails on both the medial and the lateral side of the shoe will provide more guidance in the shoe for those that need it.

The key difference from last year’s shoes is that the guide rail system should feel less invasive for those who do not necessarily need that extra stability. The idea is like having side bumpers on a bowling alley.

If this happened to need an adjustment to stay on the line, it will correct for it otherwise it would not really affect you and we would say that this is true for the most part.

When we used it for long-distance running, we did not have any bad feeling in the foot and actually able to run normally without any typical knee issues.

Its guard rail system is legit and works just as well as the old system and makes this shoe feel a bit more comfortable throughout. The outsole is pretty much a copy and pastes from the Brooks launch 6 which we would say is a good thing. You have rubber throughout the shoe but still, maintain a slight flex to it.

It performs decently on most terrains and unless you are running on something really specific like a trail, we think you will be fine on most surfaces.

So the Ravenna 10 is one of the few lighter-weight stability options out there. This is an easy choice for those who like a bit of stability without the clunkiness of some other shoes out there.

If the Brooks Adrenaline feels like too much shoe then this would be the way to go especially if you need a more versatile option everything from most training to maybe even racing.

If you want a shoe that can get you through a long road race, the Brooks Ravenna 10 running shoe is a good choice. There is not much to say it is a simple shoe that will say touch-up stability that is not super amazing but it still gets the job done very well.